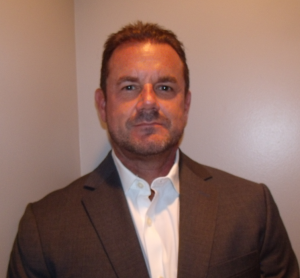 Ed began his career in 1993 as a Police Dispatcher with the Delaware River and Bay Authority. As a member of the Delaware River Port Authority Police Department, he became a graduate of the Camden County Police Academy in 1994, where he served with integrity and honesty for 11 years as a Patrolman.
In this time, he continued his education to receive his Associates degree in Criminal Justice in 2000. Upon retirement, Ed began his Private Investigation and Armed Security company.

Jeffrey has worked as an armed security officer and investigator, and has consulted or subcontracted with REEHL Investigations and other Investigation services since 2011.

Throughout Jeffrey’s career, he has conducted complex investigations that led to the arrest and convictions of hundreds of suspects. He and his team used various investigative techniques, including wiretaps, surveillance, undercover operations and interviews to gather evidence. These investigations targeted crimes including but not limited to; narcotics distribution, gang violence, homicides, sexual assaults, child abuse and others.

Craig previously supervised the Narcotics Task Force, including daily supervision of ten detectives and Task Force Personnel, including an increased number of personnel during special operations. He was qualified as an expert in Superior Court in the area of narcotics distribution.

Jeffrey served in the U.S. Army from 1982-1986 in Military Intelligence, with a Top Secret Clearance. His responsibilities included Electronic Warfare Noncommunication Interceptor, Space Collection, and Telemetry Identification and Analysis. He was awarded the Army Commendation Medal for a classified mission during an overseas tour in Sinop, Turkey. He attained rank of Sergeant with an Honorable Discharge.

Johnnie Miller has spent his entire adult life in military and law enforcement roles. He spent five years in the U.S. Navy, followed by a 25 year career serving in the NJ Department of Corrections. Johnnie has over 20 years of Armed Security experience and is fully trained in security and firearms.